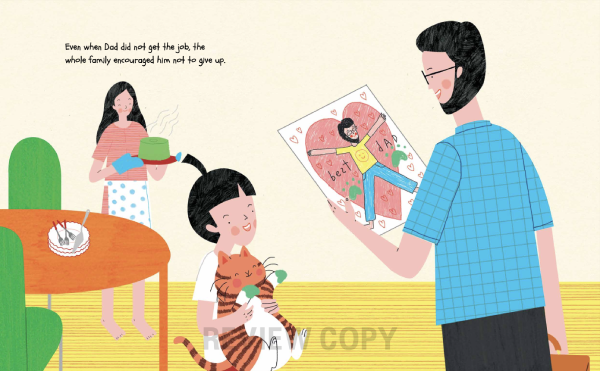 By Words Without Borders

In recent years, a proliferation of books in translation for children and young adults has brought imaginative stories from around the world to new readers. We’re speaking with some of the extraordinary publishers who make these books possible about their experience working in this vital field.

For the eleventh installment in the series, we spoke with Edmund Wee, publisher of Singapore-based Epigram Books.

Edmund Wee (EW): Epigram Books was set up in July 2011 to champion Singaporean literature—from picture books and middle-grade titles for the young to graphic novels and general fiction for older readers. So children’s books were always part of what we wanted to do. We had not planned on translated titles, but I soon realized that most of the picture books sold in Singapore came from the US and the UK. Then I went to the Bologna Children’s Book Fair and discovered the non-English-speaking world. So I came back and started a series of picture books called “Stories from Around the World.” To date, we have translated (sometimes with the help of the publishers) and published titles from Belgium, Brazil, China, France, Germany, Italy, the Netherlands, Norway, Peru, Portugal, South Korea, Spain, and Switzerland.

In Singapore, there are officially four languages—English, Chinese, Malay, and Tamil. We have also translated some of our English-language titles into the other three languages with grants from the government. In 2020, we published our first multilingual picture book, Just a Little Mynah, containing phrases in all four languages.

A page of Just a Little Mynah by Evelyn Sue Wong, illustrated by Dhanendra Poedjono.

WWB: Is there a particular theme, focus, or aesthetic that the children’s books published by Epigram share?

WWB: What are you looking for in a children’s story as a publisher and as a reader? Do you think that a good children’s book will always have some appeal for adults as well?

EW: Absolutely. The greatest children’s books will always appeal to adults as well. Personally, I’m on the lookout for entertaining stories, but many of our parents prefer stories “with a message.” Likewise, while I am inclined to more “imaginative” illustrations, our customers prefer them more “realistic.”

A page of The Reading Tree, written by Khoo Kim Choo and illustrated by Tran Dac Trung.

WWB: What have been some of the most exciting aspects of the undertaking so far? What, if any, have you found to be the most challenging aspects of publishing children’s literature (as opposed to literature for adults)?

EW: The most challenging thing has been getting away from folktales and moving into more contemporary issues. For example, we have published titles about an Indonesian domestic helper (or maid) coping with her life and work in Singapore, a father who loses his job, a granny with Alzheimer’s, and a parody about the country’s ruling family. One of our upcoming titles is a picture book about Singapore’s most famous performance artist, Lee Wen, who passed away about two years ago.

A page of Emma and Ginger: Dad’s at Home, about a father who loses his job, by Lily Kong, illustrated by Jeanette Yap.

WWB: How has children’s book publishing in Singapore changed since Epigram got started? What do you see as Epigram’s role in this ecosystem?

EW: Since we started, we have ventured into more “untraditional” areas. Apart from the examples I mentioned above, we have also published picture books on Singapore’s founding prime minister (a three-volume set), an ex-president, a former politician, an “uncivil” civil servant, an Olympian, and a World War II heroine.

But the biggest change has been in the middle-grade genre. Prior to Epigram’s entry into publishing, there were practically no local titles in the English language for children between six and twelve years old. Since then, our eight-volume Diary of Amos Lee series has sold over 200,000 copies and our fifteen-volume Sherlock Sam series over 100,000 copies in a country where the norm is just 1,000 to 2,000 copies.

We started an Asia’s Lost Legends series that has so far published picture books in English about folktales from Cambodia, China, India, Indonesia, Japan, Mongolia, and Vietnam (Malaysia is next). We also want to publish more titles from Southeast Asia in English, as Singapore is part of the Association of Southeast Asian Nations (ASEAN). To that end, we will be looking to translate picture books from Indonesia, Malaysia, Thailand, and the Philippines into English in the near future. Those from Vietnam, Cambodia, Myanmar, Laos, and Brunei will be more difficult.

A page of Tokoyo: The Tomb of the Sea Serpent, part of Epigram’s Asia’s Lost Legend’s series, by Catherine Khoo, illustrated by Teressa Ong.

WWB: What is a new or forthcoming title that you are looking forward to sharing with readers?

The book covers of The Boy Who Talked All Day and Yellow Man: Lee Wen, the Artist Who Dared.

WWB: What’s next for Epigram?

EW: I haven’t thought about surviving beyond COVID-19! But seriously, we just need to get more stories out and into more homes and schools.

Epigram Books is an independent publisher that began as a division of the multiple award-winning communications design firm Epigram. In 2011, it was registered as a separate entity to champion Singaporean literature. Since then, Epigram Books has published all manner of fiction and nonfiction, from novels to picture books, memoirs to cookbooks, graphic novels to poetry.

Some of its books have won awards not just in Singapore but overseas as well. These include the Eisner Award-winning graphic novel The Art of Charlie Chan Hock Chye; the middle-grade series The Diary of Amos Lee; the period novel State of Emergency and short story collection Ministry of Moral Panic, both of which won the Singapore Literature Prize for English Fiction.

In 2015, Epigram initiated the Epigram Books Fiction Prize, which offers S$25,000 and a publishing contract to one winning manuscript. We expanded the submissions to include writers from Southeast Asia, with Malaysian Joshua Kam becoming the first winner of this new edition of the Prize in 2020.

Read more interviews with publishers of children’s literature in translation