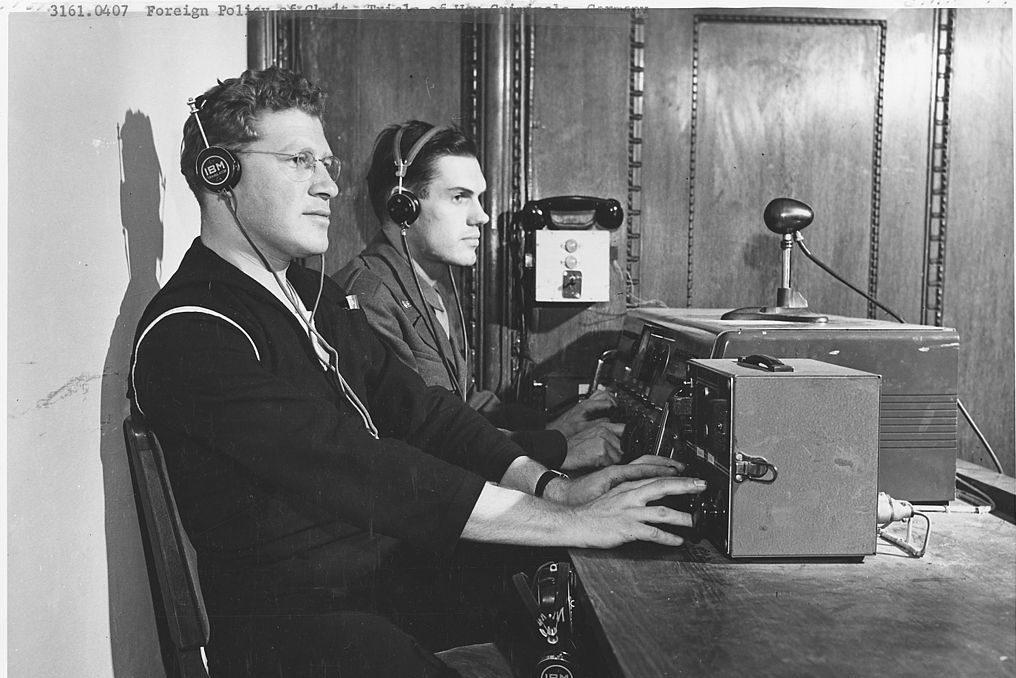 The Nuremberg Trials and the birth of simultaneous interpretation

In the wake of World War II, faced with the conundrum of how to conduct the Nuremberg international war crimes trials (1945-46) concurrently in English, French, Russian and German, a ground-breaking plan was devised to provide real-time interpretation of the proceedings into and out of all four languages. At the time, simultaneous interpretation was in its absolute infancy and had never been attempted on such a scale. To pull this feat off, a team of polyglots with a talent for interpretation was headhunted; the courtroom equipped with an experimental, multi-channel sound system; and immersion training began.

The picture shows two American technicians operating the “Interpreting Device” in the courtroom.

You can watch a recording of the interpreters at work here. Start at 02:00 to avoid the first two minutes of the footage during which nothing much is happening.